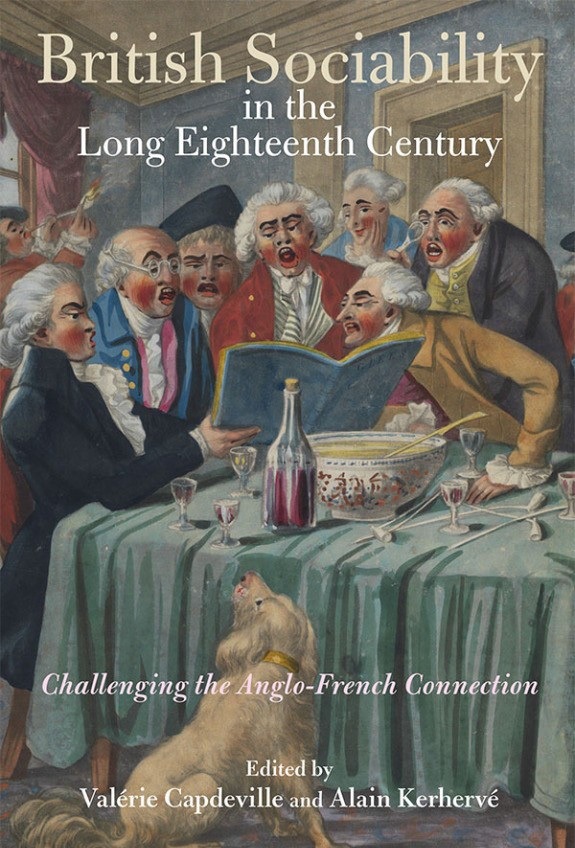 The study of sociability in the long eighteenth century has long been
dominated by the example of France. In this innovative collection, we see
how a distinctively British model of sociability developed in the period
from the Restoration of Charles II to the early nineteenth century through
a complex process of appropriation, emulation and resistance to what was
happening in France and other parts of Europe.
The contributors use a wide range of sources – from city plans to letterwriting
manuals, from the writings of Edmund Burke to poems and essays
about the social practices of the tea table, and a variety of methodological
approaches to explore philosophical, political and social aspects of the
emergence of British sociability in this period. They create a rounded
picture of sociability as it happened in public, private and domestic settings in Masonic lodges and radical clubs, in painting academies and private
houses – and compare specific examples and settings with equivalents
in France, bringing out for instance the distinctively homo-social and
predominantly masculine form of British sociability, the role of sociability
within a wider national identity still finding its way after the upheaval of
civil war and revolution in the seventeenth century, and the almost unique
capacity of the British model of sociability to benefit from its own apparent
tensions and contradictions.